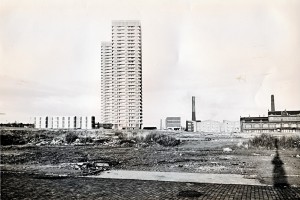 To support the collective social wellbeing set out in the Marmot Review, Fair Society Healthy Lives (2010), we need to foster a culture that regards and manages places as essential infrastructure.  We have entered a critical era where greater thought leadership in our place-making culture is essential.

Dubbed “Toxic Assets” by CABE, Britain’s poorly performing urban places and communities continue to absorb much of our GDP, where land, places and people are exploited and treated like commodities.  In his book Collapse: How Societies Choose to Fail or Survive, Jarred Diamond discusses the dangers of continued exploitation and the outcomes for societies that could not change their behaviour patterns; certain extinction.

With expenditure outstripping income, we have entered a long period of economic depression with high levels of ‘welfare’ costs signifying a nation under stress.  Whilst the government’s economic austerity measures may rebalance the budget on paper, their short-term nature does not address the fundamental health and wellbeing issues that impact individuals, communities and the wider stability of the nation.

The Marmot Review emphasises the impact of urban quality on matters of equity, health and wellbeing giving urban designers an important role to play, but not through the technocratic fixes that we are typically trained to deliver.  So, where do we start when thinking about the relationship between place-making, health and wellbeing?  Probably the most fundamental principle is embodied in the Government’s “No Health Without Mental Health” policy.

Social scientists have consistently found urban areas to have higher prevalence’s of both diagnosed mental health conditions and a lowered level of wellbeing known as “languishing”.  Public health research identifies this failure as the 'urban penalty', or the ‘urbanicity effect’, arguing that it results from poor social integration, social isolation, discrimination and deprivation - things we intuitively grasp as urban designers.

However, if we explore these issues through the lens of Life History Theory developed by evolutionary psychologists, we can begin to see things a little differently and to understand better the adaptive nature of human behaviour in context.  Research has found that where resources are stable, reliable and predictable, people can plan their futures, enabling greater resilience and the capacity to adapt in response to inevitable life stresses, to change and to cooperate with similarly future oriented people they encounter in their communities.  It should be no surprise that public spending is lowest in places where people are prosperous, well-educated and healthy. 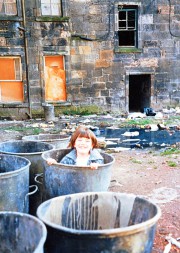 When we study low resource environments through this same lens, we find that people live their lives and forage in a different adaptive way.  This can be difficult for design professionals to understand and, furthermore, the outcomes of this way of being are typically disapproved of by society.  The insecurity of resources promotes an adaptive strategy, termed ‘future-discounting’ in those who live in these harsh environments.  In other words, in these environments immediate gratification of wellbeing needs is an ingrained, sensible strategy to pursue.

In general people who live in harsh environments will tend to thrill seek, shun long term educational goals, have children younger, act impulsively etc. However, together, harsh environments and the behaviours they prime have significantly negative impacts on sustainable individual and community wellbeing.  Harsh environments also tend to get harsher as people make only defensive, short-term investments in them.  This includes the managerial actions that public authorities imposed upon these places.

And when we talk about resources we mean more than money – we refer to the whole resource of our human habitat and relationships.  A gated, well healed estate is just as capable of promoting low levels of wellbeing as public housing can.

In short, Life History Theory shows how the qualities of an environment directly determine our life strategies and our wellbeing.  In so doing, it emphasises the utmost importance of urban design, but when government policies demand places are ‘well designed’, what do they expect from this nebulous phrase?  In 2012, Dr Steven Marshall published a paper interrogating urban design theory and found it “based on assumption and consensus, open to wide and personal interpretation by all players in the built environment and pseudo-scientific at best” – assuming built environment practitioners apply any principles at all.

The time to address the weaknesses in our urban design practices and prejudices is overdue.  We need to widen our knowledge base and work with social scientists to understand our intrinsic human ecology and the predictability of its ‘pattern language’.  Whilst many secure professionals can successfully ‘forage’ in the ecological niche that is the ‘built environment’ or ‘regeneration’ industry, we embrace higher concerns that will advance thought leadership in place-making.

We need to design, manage and maintain ‘psychologically benign’ environments that reduce feelings of 'threat' to optimise opportunities for people to interact and cooperate. 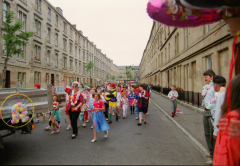 This is prosociality; co-operative social behaviour towards a common goal that benefits other people or society as a whole, such as helping, sharing, donating, and volunteering.  Prosocial communities are central to sustained wellbeing and themselves encourage future focussed perspectives in the individuals who live in them.

The BBC documentary series The Secret History of Our Streets provides a good illustration of the issues we face today.  Silo thinking, unaccountable planning (eg highways), starchitecture (remote), all create harsh environments that are barriers to our intrinsic preference for cooperation and interaction. 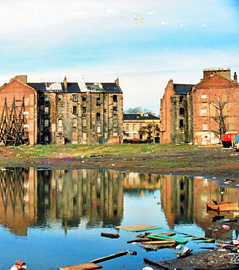 In the episode on Duke Street in Glasgow (2 of series 2), we watch an unfolding story of a place developed from nothing during the Industrial Revolution; suffered social policy failures; and then dismantled bit-by-bit by planning and design policy failures.  The scenes near the end of the programme show a townscape that has been ‘un-placed’.  An uplifting aspect of the programme is the positive response from the community against this threat, demonstrating the powerful force of prosociality where it prevails. 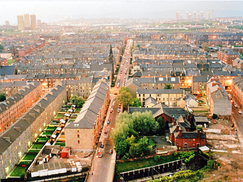 It is important to note the fore-sighting that tells us that at least 80% of the buildings that we will inhabit in 2050 have already been built.  Moreover, many of the new buildings erected between now and then will be constructed within existing fabrics and infrastructures, and so be quickly assimilated to become ‘existing’ too and subject to the same management regimes.

We therefore need to:

Instead of being distracted by Utopian (‘no–place’) dreams on green fields, we need to pursue the ‘Eutopian’ (well-place) dream that is achievable through inter-disciplinary thinking, knowledge mobilisation and sensitive management of our existing townscapes.

Web site under construction, but plenty to review about our work and something new each day...

Just completed a Community Insights assignment for a NHS Healthy New Town in Merseyside - see the report in our Project Gallery Enabling section.